Fifteen years ago, I went to Ghana as a volunteer teacher for three months at a school whose Head was Juliet Osafo. Juliet and I became best friends and just before leaving Ghana, I said jokingly wouldn't it be nice if we could have our own school? But Juliet took it seriously, and that was the beginning.

Based in a rural area, as a volunteer, I'd noticed that more than 50% of children ate only three or four meals per WEEK, and that very few children had a pencil or a book to write in. You would get five children sharing one pencil stub and a few scraps of paper. The only resources teachers had were a blackboard and the occasional text book. Oh – and a cane. (Caning remains the norm in most schools in Ghana.)

On the back of an envelope (sitting under a tree), Juliet and I worked out the cost of buying a piece of land that would be big enough to farm to feed the children, and some rough estimates for building five classrooms. I'd been left £1,000 by my grandfather which was enough to buy the land… but thank goodness I had no idea how wildly out our building estimates were(!) On top of these costs, when I got back to the UK we appealed for books from local schools and fundraised to ship them over.

To be honest if I'd known now what I do now, it's unlikely we'd have ever gone ahead and built the school. But here we are today, by hook or by crook, with so much help from so many people, with a great asset in rural Ghana providing a good education for over 400 children aged between 3 and 18, and employment for 24 staff.

The reason I’m called ‘Madam Eric’ in Ghana is because as a volunteer teacher in Asafo village, there for three months, I badly missed my husband, Eric. I had a little gaggle of primary children, who I taught, and they were the ones who kept me company. In fact they would see me about the village and call out for me to wait for them to trot about after me wherever I was going. Missing Eric I told them my name was ‘Madam Eric’ so that when they called out for me I would hear his name all about the village. A lot of those children came to Juliet Johnston School when we opened it.

How things have gone

From the beginning we have constantly adapted British teaching ideas for Ghana and our educational standards are considerably higher than any state school alternative in our area. English is the official medium of instruction in all schools in Ghana (there are almost 80 different languages in Ghana), and lack of English remains a huge barrier to most children's educational progress.

We targeted English language at the school from the start, zeroing in on phonics which has resulted in dramatic results - we have improved standards to at least two to three years ahead of state schools. (The children adapted Jolly Phonics for Ghana – for example ‘t’ for ‘tap’ doesn’t work in rural Ghana so the children chose ‘t’ for ‘tickle’ and also ‘v’ for ‘vomit’(!). Ghanaians have a great sense of humour.)

Banning the cane has also really helped improve standards of education. Our children know they can ask a question if they don't understand something without fear of being caned, which, of course, helps them learn far better. The teachers didn’t believe you could teach without caning, but showing them other more effective ways of disciplining, they’re now vehemently against the cane themselves. And teachers who have gone on to teach in other schools have persuaded teachers in those schools to stop caning.

One of the loveliest things that has happened is that over the years we have gained a reputation in the community for turning so called ‘thick’ children round. They come to us from other schools, scared out of their wits. They weren’t stupid, it transpires, they were just rigid with fear of being caned and couldn’t concentrate on anything they were being taught. With us, they’ve blossomed.

Our biggest problem remains transport. Since the aim of the school is to educate as many bright children from the outlying poorest villages as we can, we have a HUGE catchment area. To collect the children our two school minibuses have to cover considerable distances, as well as cope with harsh pot holed terrain, each bus taking well over four hours a day to transport the children to and from school. This is expensive both in terms of petrol and vehicle maintenance costs.

We remain committed to this catchment area, however, since this is how we reach the brightest and most impoverished children, recognising that daily transport costs will remain an on-going fundraising issue for us.

Lastly, I’m extremely proud of our first graduating year who graduated in 2010 and because of their exam results with us were able to go onto top-tier secondary school. They then graduated from their secondary schools and over 50% of them got the grades to go to university and the others to technical college. Juliet and I could never have dreamt of that in our wildest dreams when we sat underneath that tree to work out the cost of buying some land and building five classrooms.

Of course it doesn’t mean they’ll go to university or technical college as it’s very expensive in Ghana. But five years on, most of them have waited a year or two for their wider family to raise the funds and they are now there. Our other graduating years seem to be doing extremely well too. 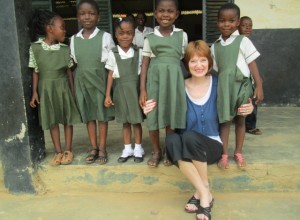 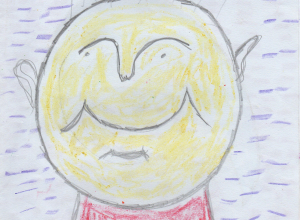 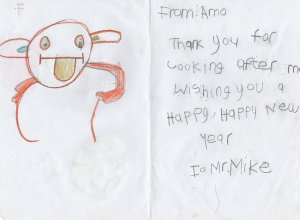 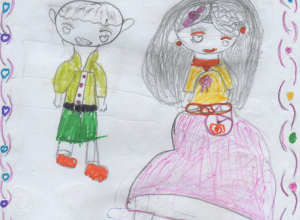 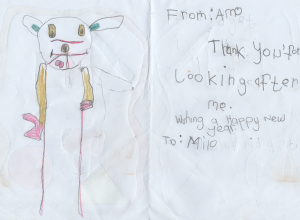 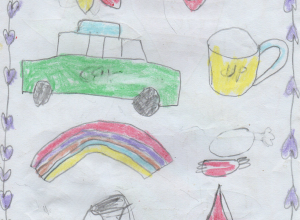 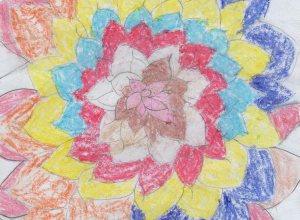